Posted at 21:24h in Uncategorized by Jane Licht 0 Comments
0 Likes 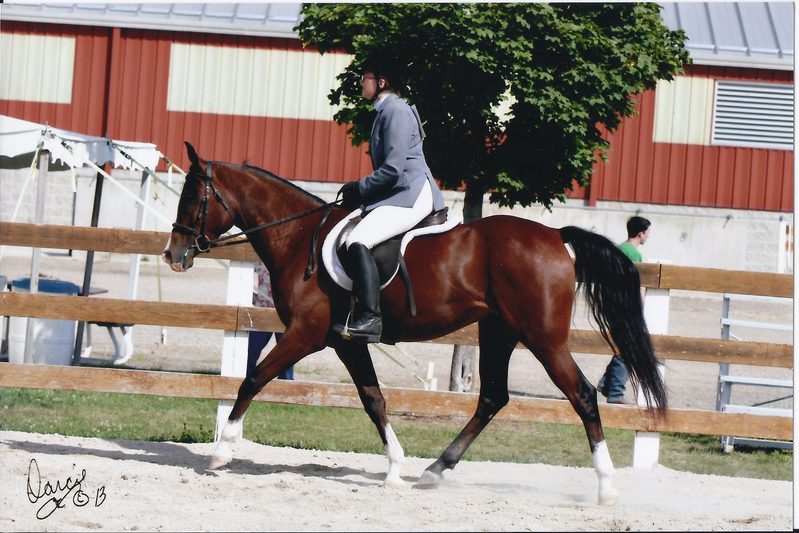 IMBA is proud to announce that Jericho’s Thee Senor, or “Dash” as he is affectionately known, is “Horse of the Year” for 2013. Foaled at Jericho Creek and purchased as a coming two-year-old by Jeanine Schollmeyer in 2010, young Dash had no idea what lie ahead for him. This shy young gelding would soon learn to come out of his shell and perform for crowds of people. 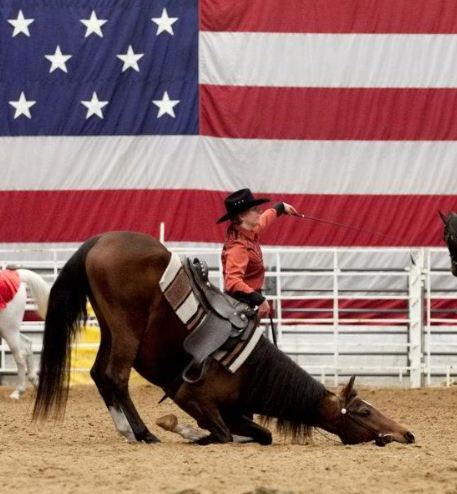 Jeanine noticed that he had a talent for learning tricks and truly seemed to enjoy performing them. Jeanine used positive reinforcement, clicker training and taught him a number of tricks that he learned quickly. She took him to the Midwest Horse Fair in Madison, Wisconsin during the past three years and he has turned out to be quite a ham with his giant bows and other eye-catching poses. The summer of 2013, Jeanine and Dash made a commercial for a “Doritos” contest. Dash had to learn his cues from Jeanine who stood 15 feet away from him so as not to be in the video. Dash knows over 30 tricks now and keeps learning new ones. 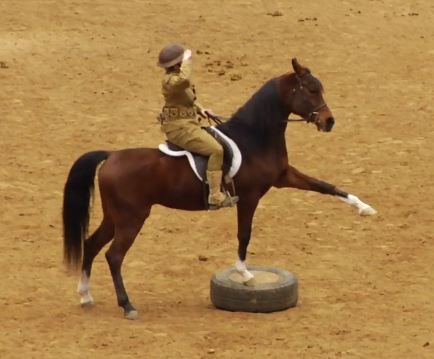 Dash shows at regular horse shows in halter and hunter classes. He is also a good trail horse for Jeanine. Dash is only five years old but has had many interesting and sometimes challenging experiences in his young life and has handled them well. His future looks bright. Congratulations to Jeanine and Dash!