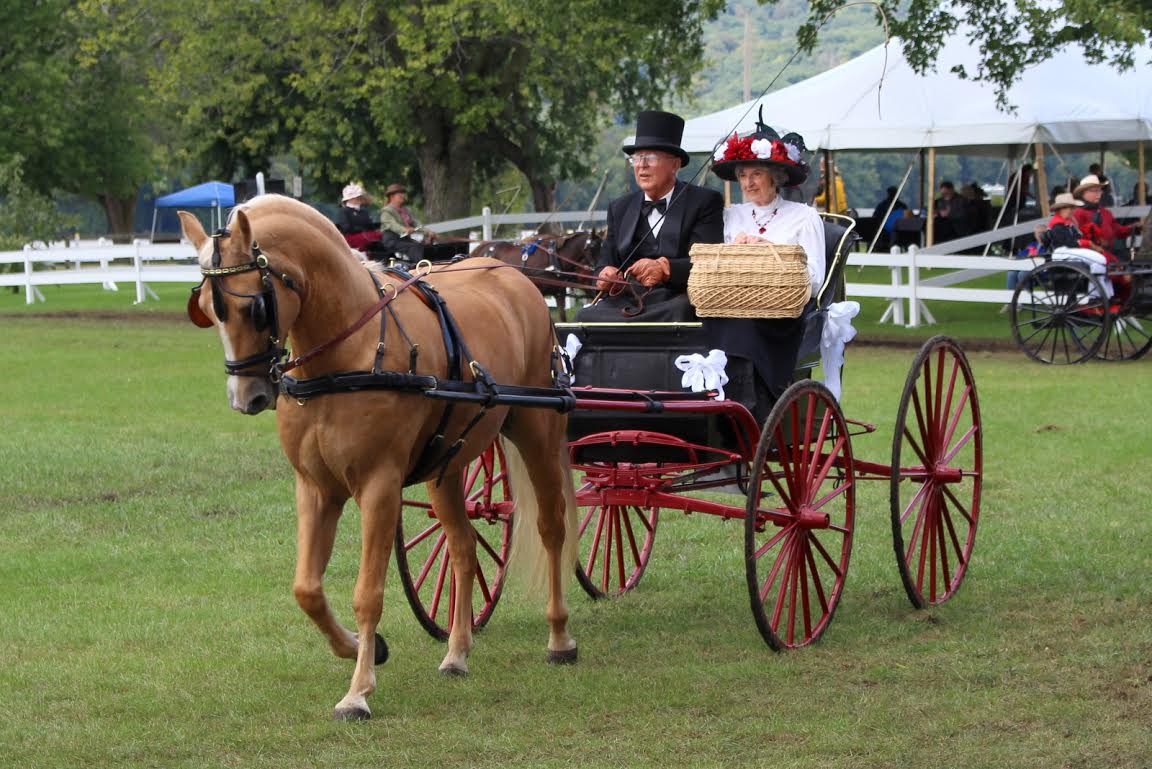 Posted at 19:23h in Uncategorized by Nyssa Sheridan 0 Comments
2 Likes

Wes and Jane Licht recently celebrated their 50th wedding anniversary in Prairie du Chien, Wisconsin.  On Friday evening (Sept. 9, 2016) they hosted a party with friends and relatives.  The next day they participated in the Picnic Class of the Villa Louis Carriage Classic with their Palomino Morab mare, RL Rosali hitched to their antique doctor’s buggy.  The buggy was decorated with white satin ribbons and on the back was a sign that said, “Just Married – 50 years ago!” Jane carried a picnic basket as they toured the ring.  Then all seven contestants drove their horses to the grounds of the historic Villa Louis mansion where they unhitched and set up their picnic lunches. 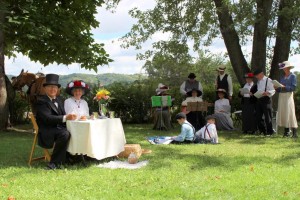 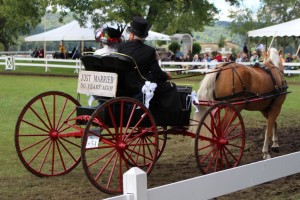 Wes and Jane’s friends and relatives met them and, wearing period costumes, serenaded the couple with good old-fashioned songs.  Jane had researched and found old recipes of menu items that would have been part of a picnic in 1904.  She put together a cookbook of old recipes and also recipes from some of the long time competitors at the famous Villa Louis Carriage Classic.  Wes, Jane and Rosali won first prize from both the official judges and the peoples’ choice.  The Lichts have been attending this Carriage Classic nearly every year since 1983, just three years after the first show.

Wes and Rosali also won blue ribbons in the cones course and the gambler’s choice class for the Country Vehicle Division.